Your comments, positive or negative, are invited.  If there are particular parts you would want changed, please note what your alternative wording would be.  Or you may take the view that ASCA should not take a position at all. Or toss out this draft and start over. If there are parts you like, also note which ones they are.

This draft is presented in response to some members’ concerns about how to address increasing regulation of the practice and some governments looking at banning competition by any dog with a shortened tail (even if solely from genetics).

Again, this statement is not final; instead it is meant to generate discussion. It may be that, based on member input, the Board would adopt an entirely different position than in this draft or might decide that getting agreement on wording is not possible. In any case, your input as to what should be said—if anything—is welcome.  In the meantime, I apologize for the confusion as to the status of the statement. 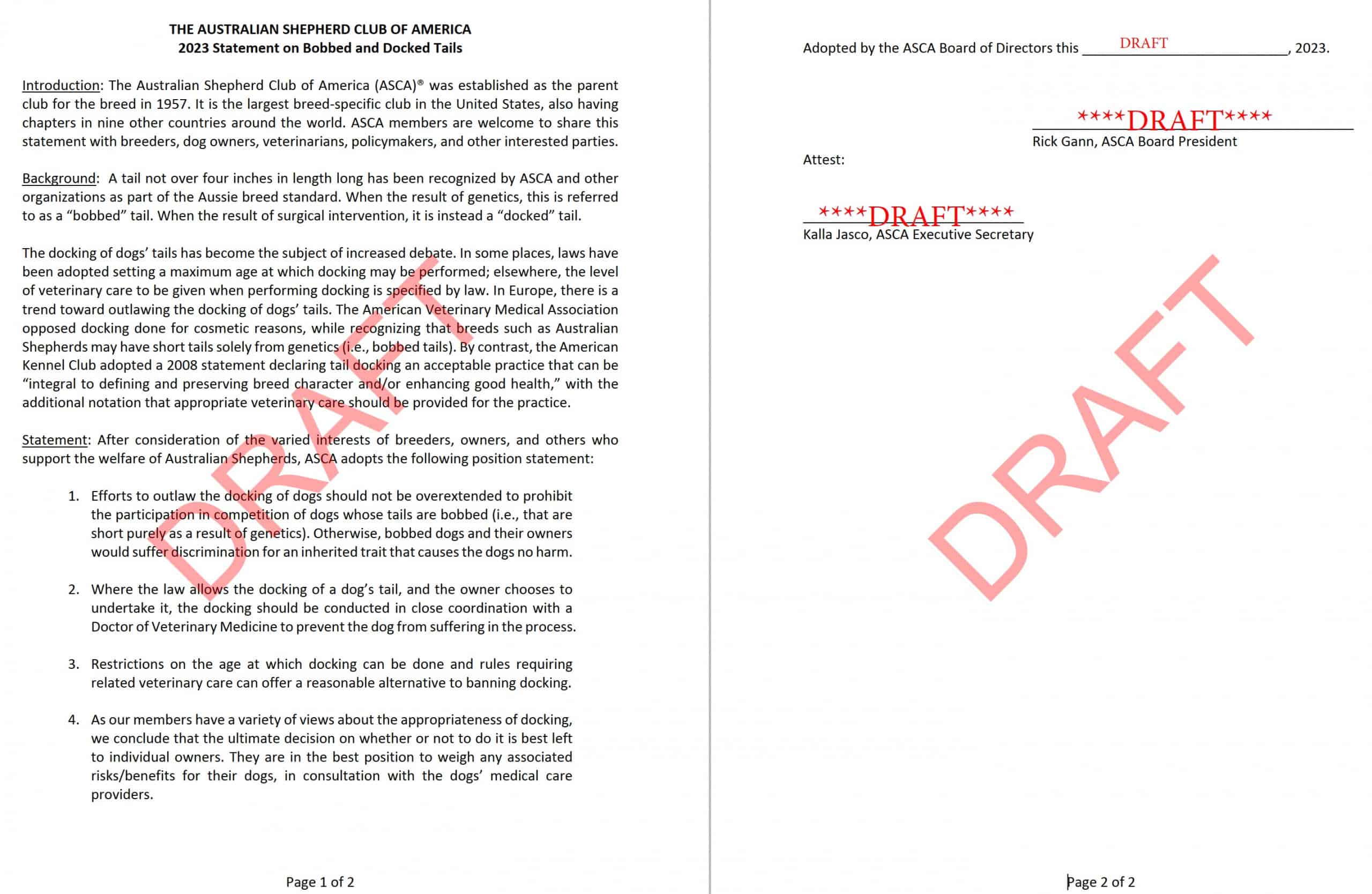